While Google Earth is not new news any longer, I was holding off talking about it until I was reasonably certain people could actually download it and use it.

Google Earth is Google's free 3D model of the globe, which resulted from their acquisition of Keyhole, a satellite imaging service which now redirects to Google Earth.

Google Earth streams the world over wired and wireless networks enabling users to virtually go anywhere on the planet and see places in photographic detail. This is not like any map you have ever seen. This is a 3D model of the real world, based on real satellite images combined with maps, guides to restaurants, hotels, entertainment, businesses and more. You can zoom from space to street level instantly and then pan or jump from place to place, city to city, even country to country.

They are not kidding, either! I found Disneyland,

then mapped directions from Disneyland, and this is way cool... the directions can be "played" and the camera flies over your travel route. 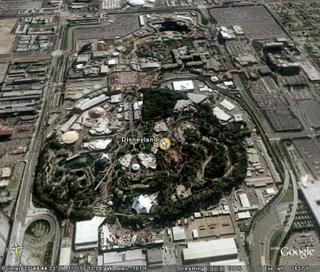 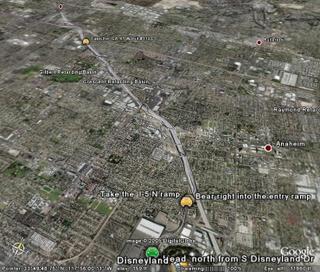 I also "flew" over to Niagra Falls... 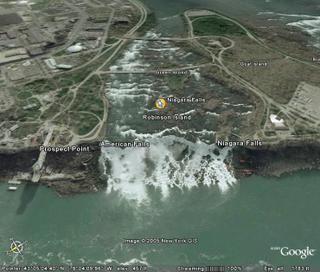 There's also a 3D Buildings feature... First, there is a top-down view, then the view overlaid with roads, and a view of the buildings in 3D relief. 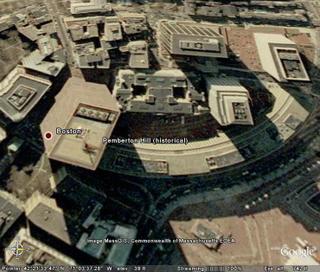 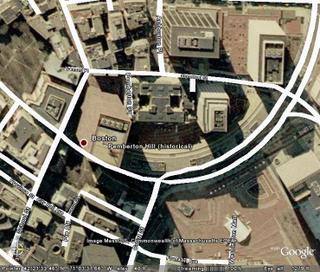 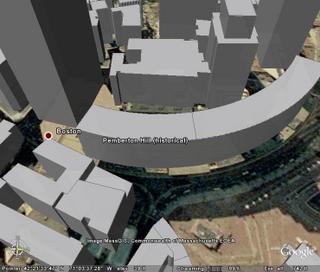 Amazingly, Google is allowing basic usage of this service for free. Try Google Earth Home for the download if you are interested in this. You can download the client from Google Earth, from ZDNet, or from Google Downloads (direct link). I'll try to upload a movie clip to Google Video for those of you who are curious but don't want to install it.
Posted by Lee Jones at 5:11 PM