I didn't want to believe it... the guy who has the slab leak is also refusing to pay rent. Not only do I have to pay for the repair, I'm not getting income to cover it. *sigh*

I called a plumber but he couldn't get here fast enough, so I ended up going with my trusted choice of Adee-Do Plumbing. They'll be here first thing tomorrow.

I started the three-day notice over the weekend, but the lawyer says I should have handed the tenant a copy then mailed one, so I had to start over. At least I only lost one business day. It was awkward handing a guy a three-day notice and then arranging for a plumber to fix a problem. *sigh*

My laptop died on Sunday. I got done paying bills online, tried to access a server at church, then... blue screen of death. After a couple of reboots that were sucessively less encouraging, my laptop finally said there was no hard disk installed.

I went to work and plugged my laptop's hard disk into another laptop and was able to boot in Safe Mode and copy my files to a USB hard disk drive. But, my laptop is just not working.

File Under: Keeping Up, Technology 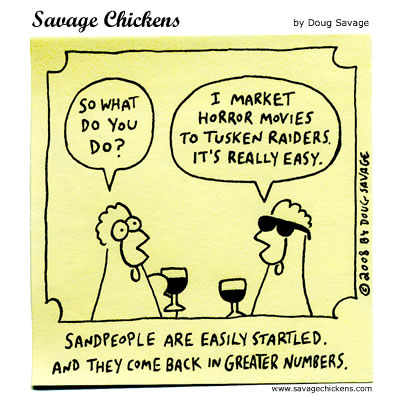 The Myanmar cyclone has claimed more than 30,000 lives, in part due to the (in)action of the Junta.
Today, an earthquake in China killed more than 10,000 and many more are missing.

The presence of personal evils in the world, the suffering inflicted upon persons by other persons, is understandable. But the natural disasters of the world, or natural evil, is difficult to stomach.

Just this past Sunday I taught a class as part of a series on the so-called "Problem of Evil." How can there be evil in this world if there is a loving, all-knowning, all-powerful God?

A defense is one thing; I think I can speak with someone who wants to argue that God does not exist based upon the argument that bad things happen. The mere existence of bad things does not mean God doesn't exist. But explaining why God would allow bad things, a theodicy, would be more satisfactory.

Perhaps I should post the work that my friend and I have done for this class (it's mostly his stuff). But what I want is to be able to explain why, or failing that to explain why I cannot give the reason but still be convincing to others when I say that God is good, loving, wise and powerful. *sigh* That will be a lot of work.
Posted by Lee Jones at 10:25 PM 1 comment: 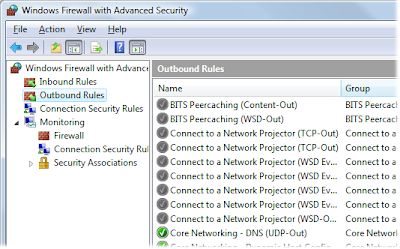 Huh. Windows Vista's firewall has outbound rules. I didn't know that until today. I wonder if it does anything?

First, I got a raise! After taxes, we're suddenly getting an extra $25 a week, but that's always nice.

Second, I was planning a new VOIP system at church for the eventual demise of our current phone and voice mail systems. Suddenly, today it died completely, but our phone tech had a mortgage company go belly-up and is re-selling us that system for 1/3 of what I was budgeting for. I hope we get new phones, too... I'll find out more tomorrow. So, that's maybe a good suddenly.

And finally, the owner of a company that I hear from often died last night of a hear attack; he was only 58. I can remember how his voice sounds over the phone. He was a nice man, and suddenly I'll never help him fix a computer problem again. OK, this didn't happen to me, but it was still so... sudden.
Posted by Lee Jones at 3:24 PM 3 comments:

Windows XP SP3 (Service Pack 3) is available now as an optional update on Windows Update and will become automatic (probably as a critical update) on June 10th.

If you are using Microsoft Dynamics, Microsoft's POS (point-of-sale, not the other thing you're thinking) retail solution, don't install SP3.

Microsoft requires you to have SP1 installed before SP3, and recommends you have SP2 installed (get SP2 from Windows Update) as well before SP3.

In a nutshell, if you have been running updates all along, this won't be a big deal. However, if you load Windows XP fresh on your PC for some reason, this will save you a great deal of time. It adds some Windows Server 2008 compatibility and other networking features, but the big deal is saving time after installing SP2.

So, don't expect any new features. Getting SP2 was essentially getting a new operating system. SP3 is just a time-saving roll-up of patches.

You can download Windows XP SP3 here (316mb) or (more official looking) here. Of course, you should find it as an optional update.

For more, Paul Thurrott's got a review.

Yeah, I know, lots of boring technical stuff lately, but it's what I do for a living.

Update: Microsoft has released a hotfix for Microsoft Dynamics.
Posted by Lee Jones at 8:53 AM 1 comment: