Vito has gotten even cuter! He now drinks water from the bowl, and he runs like the wind! I've gotta get some video of that. 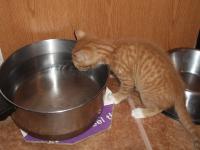 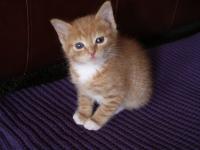 I think he's cutest when he sleeps, though. He prefers to sleep on the tile, oddly enough. Vito also tends to clean both of his front paws at once, which looks like he's praying. How cute! 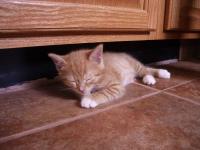 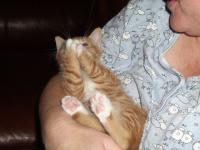 In a week or two he will be ready to be neutered; Toms are not allowed to be adopted out intact. Pretty soon, we'll be taking him to the adoption center on the weekends to look for a good, permanent home. *sigh*
Posted by Lee Jones at 11:07 PM